Cannabis VC Karan Wadhera on why the industry, which took a hit last year, is now quietly blazing – TechCrunch 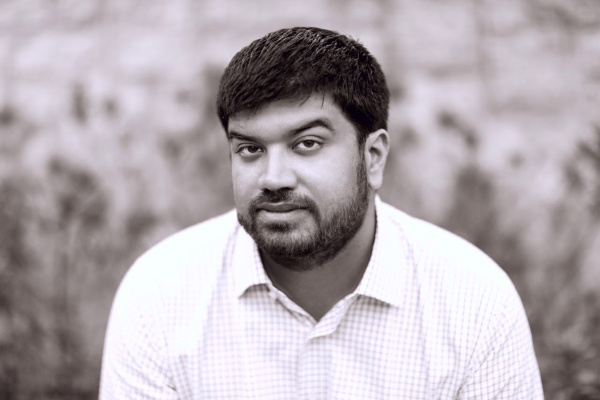 27 Jul Cannabis VC Karan Wadhera on why the industry, which took a hit last year, is now quietly blazing – TechCrunch

Early last year, excitement over the burgeoning cannabis industry was palpable in Silicon Valley, with a small number of venture firms writing their first checks to cannabis-related startups. Among them is the cross-border venture firm DCM, which even hosted an “inaugural” cannabis “tech summit” in May 2019 that drew so many investors that finding a seat was difficult.

Yet the buzz began to fade soon after, owing to a confluence of events, including a bubble in publicly traded cannabis companies; legalization that moved more slowly than hoped in certain states like New York; and an outbreak of lung injuries tied to vaping last fall.

The industry is still navigating around some of these trends, but it’s also proving more durable than outsiders might imagine, according to Karen Wadhera, a managing partner at Casa Verde Capital, the cannabis-focused venture firm founded by Snoop Dogg back in 2016. “Four plus months into COVID, cannabis has really proved itself to be a non-cyclical industry,” he said in a chat late last week, where we talked about what went so wrong, what’s happening right now, and whether he ever worries that Casa Verde might be too early to the cannabis party. Parts of that chat, edited for length, follow.

TC: The last time I saw you in person, last year, there was a lot of interest in cannabis. Since then, the headlines have pretty consistently been bad. What’s going on?

KW: What happened to the public perception of the cannabis industry is not too dissimilar to the dotcom bubble of the late ’90s, where there was a lot of hype — a lot of it driven by public companies — and a lot ofspeculative trading and valuations that weren’t really founded in reality. [We’re talking about] projections multiple years out into the future, and then crazy revenue multiples on top of that. Things just got really frothy, and that eventually burst, and last April or May was sort of apex of that of that moment. It’s when things started to trade off. And it’s been those names, the public names in particular, that have been hit particularly hard.

I don’t know if it was driven purely by scarcity value, but there was definitely an incentive to go public. So you had a lot of companies go public well before they were prepared to. And then you’ve had a lot of companies, which are just, quite frankly, poorly run, with poor management teams, and some with even real ethical concerns [regarding] how they ran their businesses. So I think that all started to come to a head and led to a pretty serious implosion.

It was pretty painful, for sure. But what’s so interesting is that even though that has been the public perception based on these stocks, the reality is the macro has continued to improve. Sitting here today, four-plus months into COVID, cannabis has really proved itself to be a non-cyclical industry. Cannabis has been deemed an essential business everywhere across the U.S. We had record sales in March, April, and May, and the trend has has continued. And now that we are getting into an environment where governments are going to be looking for additional sources of tax revenue, the potential urgency around cannabis legalization is going to be there, which is going to be massively positive for the industry.

TC: I thought the governor of Massachusetts was concerned about people bringing COVID into the state, but I guess he reversed course on dispensaries as essential businesses?

KW: Yeah, he was the one outlier, and he reversed course. What’s been interesting is first, as you can imagine in a moment where people are especially anxious, cannabis has been something many people have been turning to. Then, beyond that, what’s also been interesting is that like many other areas of the economy, we’ve seen e-commerce really [take off]. One of our businesses, Dutchie, which enables retailers to launch their own e-commerce and have their own delivery and pickup, has seen its gross merchandise value increase by like 600% [since March].

TC: You’re also an investor in [the same-day delivery startup] Eaze, where former executives were accounting for consumer sales as if they were transactions made to third party vendors. What do you think of that situation?

KW: It’s certainly in the past, but as you know, there’s always been a massive issue with the cannabis business [in that it] can’t really access traditional banking like other industries can, and one of the big issues there is credit card processing. So it sounds that an issue earlier in Eaze’s history was that it was able to process credit card payments potentially by not fully disclosing what was actually being transacted. I don’t know a ton of the details and where that lies currently, but I know that’s not anything that Eaze is involved in anymore.

TC: Bigger picture, does it tarnish the industry and make it harder for everyone to raise money? What are you seeing? Are new investors coming to the table? Are early investors still believers in this opportunity?

KW: It’s been fascinating for sure. The conversations have changed dramatically from when I first entered the industry to today. Initially, we [as a venture firm] were unable to get in front of a lot of pensions and endowments to have those conversations. Now, we’re at least having those conversations and they’re interested to hear about what we’re doing. I’m not quite sure if they’re ready to pull the trigger, but certainly even just the fact that they’re interested in understanding the industry better is a huge change.

TC: What are the biggest pockets of opportunity you see in cannabis investing right now?

KW: We have two main areas of focus. We love the ancillary tech-lead opportunities for businesses that are going to benefit from the overall macro theme of legalization and globalization of the cannabis industry, whether it’s software for retailers or manufacturers, or ancillary services like staffing and financial services. One of our businesses is Bespoke Financial, which helps with short-term financing for the industry. So we still see a lot of development in those areas.

We’re also very interested in consumer-facing brands. For a long time, cannabis sales were driven by potency and price. To use the alcohol equivalent, it would be as if every consumer made their decisions by walking into a liquor store and asking what’s the highest-proof vodka for the best price. We know that’s not how decisions are made.

TC: You and I talked before about precision dosing, soon after you’d invested in a vaping company that made it easier to understand how you’ll be impacted by what you’re ingesting.

KW: So that is business called Indose, which has created a medical-grade device that [enables users to] dial in the exact amount that they’re taking in . . . It’s much more of a business that’s going to be working with other consumer brands and allow them to use its technology to have that precision.

TC: How are these consumer-brands reaching customers? Do they have to be more . . . careful?

KW: Yeah, I mean, again, with cannabis businesses, that’s another huge restriction that a lot of them face. You can’t use a lot of the traditional channels that would be available to to non-cannabis businesses, so no Facebook ads, no Instagram, no Google AdWords, things like that, which is now a lot of the new brands’ playbook. So you have to be creative. There’s a lot of marketing happening in store within the dispensaries. You can rent billboards. Experiential marketing, pre COVID, was something that was people were very actively doing. There is also influencer influential marketing online that can still happen through Instagram channels or [channels] that a brand may own. But oftentimes those get get shut down as well. So yeah, it’s a tricky world from a marketing perspective for cannabis businesses.

TC: From a 20,000-foot level, one of the limitations of investing in cannabis would seem to be exit opportunities. There aren’t a whole lot of companies that are in a position to buy a cannabis business because of legal issues in part. How do you address that?

KW: There are a few ways to look at that. I think for ancillary, periphery businesses, there will be a lot of acquisition opportunities in the future from strategics that decide that they want exposure to the cannabis industry and may get it by buying a point-of-sale business or an e-commerce player or a financial services businesses, because that’s less directly touching the plant.

It’s going to be a question of how comfortable you are on the risk curve. Until we see kind of full-scale legalization, or until we see at least some of the the current bills in front of Congress passed or the rescheduling of cannabis from schedule 1 to schedule 2 or lower [by the Drug Enforcement Agency], some companies are going to be concerned about jumping into the space. But that’s the opportunity, as well, and as long-term investors, that’s how we see it.

In the meantime, we’ve had a couple of exits driven mainly by follow-on investors who want portions of our business, [including] a private equity firm that’s pursuing the roll-up of a particular category, and [to] a financial investor.

TC: Do you see the climate changing around acquisitions and legalization with a Biden administration?

KW: I think regardless of who’s in office, we’re going to see we’re going to see a lot of progress in the next four years. And that’s because this is no longer purely a partisan issue. I think Biden will be very helpful. He has laid out many of the things that he wants, and [while] he isn’t taking it as far as full-scale legalization, he’s certainly in favor of full-scale decriminalization, [meaning] letting states have full authority over what happens with their businesses, and also the rescheduling of cannabis down from the current schedule 1 level. So all of that will be incredibly helpful and will bring a lot more players who will feel comfortable investing in the space and potentially acquiring some of these businesses, as well.

To listen to this interview in its entirety, you can find it in podcast form here.