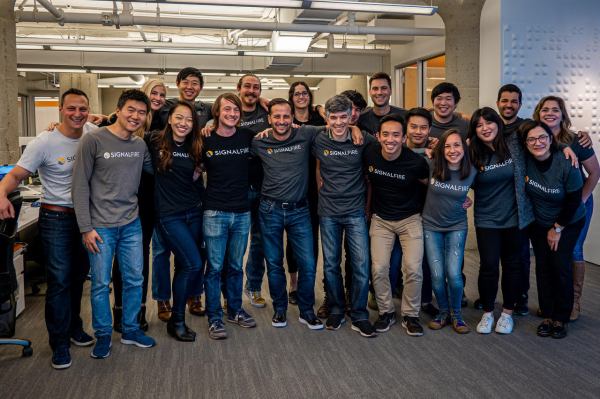 SignalFire, a six-year-old, San Francisco-based venture firm that prides itself on mining what it says is more actionable data about, well, the world, has just raised a pair of funds that total $500 million in capital commitments.

One of the vehicles is a $200 million “seed” fund that SignalFire will use to write checks up to $5 million in nascent startups; the other is a $300 million fund designed to invest in those of the firm’s portfolio companies that are beginning to pull away from the pack and need growth-stage funding.

Both are a major step up for the young firm, which closed its debut fund with $53 million in 2015 before raising $330 million in capital across two funds in 2017.

According to firm founder Chris Farmer — who founded SignalFire after logging several years at both Bessemer Venture Partners and General Catalyst — the firm also has many more people investing the money. Altogether, SignalFire now employs 30 people across an engineering and data science unit; a unit dedicated to portfolio operations; and a unit that does the actual venture investing.

The latter now features three general partners in addition to Farmer. Among them: Ilya Kirnos, a former software engineer at Oracle, then Google, who joined Farmer at the outset and is also the firm’s CTO; Wayne Hu, who joined SignalFire in 2015 and today leads many of its seed-stage investments; and Walter Kortschak, who joined the firm in 2016 after spending 26 years at the private equity firm Summit Partners, where he established the firm’s West Coast investment practice.

Others associated with the company include Alex Garden, the co-founder and CEO of the food-focused robotics company Zume, and Ross Mason, the British-born founder of MuleSoft, both of whom are venture partners; along with Tawni Cranz, who spent a decade with Netflix, including as its chief talent officer, and is today an advisor who holds the title of venture operating partner with the firm. (Another managing partner, Tony Huie, says on LinkedIn that he left the firm full-time to become the COO of one of its portfolio companies, an online privacy startup called Pango.)

Certainly, SignalFire is a firm that trusts its instincts. Its bets “north of $20 million” or else “in that ballpark,” according to Farmer, include the push notification tools company OneSignal; Jyve, a company that connects retailers with on-demand workers who can stock their shelves; ClassDojo, which makes a communications app for primary schools; Stampli, which makes a cloud-based accounts payable system; and Grammarly, which makes a digital writing assistant.

If you’re trying to suss out a theme among these, don’t bother. SignalFire claims to have access to 100 major data sets that its “competitive data nerds” pore over to figure out what’s happening in the world — and where things are moving (think talent flows and consumer spending, among other things). In short, it doesn’t “invest in people” or else take a thematic approach, as do many of its venture peers.

What SignalFire doesn’t have yet is a big exit. In fact, Farmer says its only notable exit to date was the sale early last year of TextRecruit, a text message, live online chat and AI platform for hiring, to iCIMS, an applicant tracking system. (Terms were undisclosed.)

Then again, SignalFire looks to be just getting started, as do many of its startups, a growing number of which are highly valued by the private investors who’ve piled into them.

Just one example, the men’s health company Ro, is not quite three year’s old yet it was most recently valued at half a billion dollars, on roughly $175 million in funding.

There’s also Zume, which is just four years old and backed by SignalFire and was reportedly valued at $2.25 billion when it closed on a giant round from SoftBank Vision Fund late last year. It’s now reportedly in talks to close more funding at a $4 billion valuation.